A number of major deals went down in acquisition town this year, from Amazon’s $13.7 billion Whole Foods acquisition to Intel’s $15.3 billion deal to acquire Mobileye.

And — as with 2016 and previous years — the big U.S. tech companies headed to Europe in search of technology and talent. Here, we take a look back at 15 of those deals and what they meant for the acquiring company.

Apple made four known acquisitions in Europe this year, compared to just one last year.

In May, news emerged that Apple had snapped up Finnish sleep-tracking hardware/software startup Beddit. Prior to the acquisition, Apple was already selling Beddit’s sleep monitor through its own store, and that appears to still be the case.

It’s not entirely clear what Apple has in store for the Beddit technology, but it’s not beyond the realm of possibility that the company is cooking up some new sleep-tracking smarts for the Apple Watch, or perhaps even building completely new hardware. 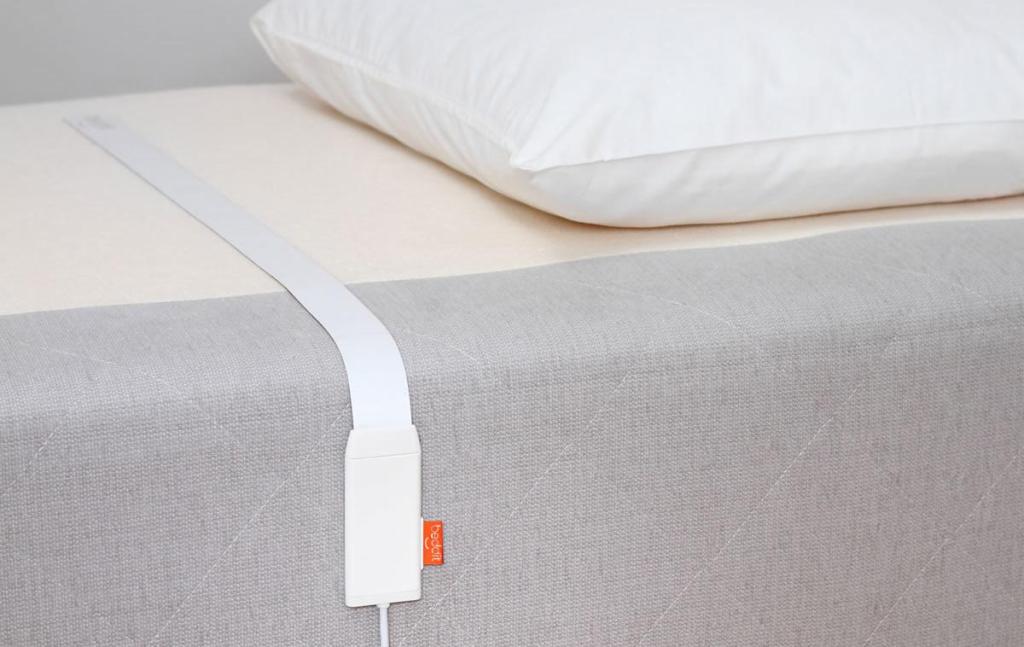 One month after the Beddit acquisition, reports emerged in June 2017 that Germany eye-tracking software company SensoMotoric Instruments had been bought by Apple. Little is known about the deal, though Apple did provide its boilerplate response when asked about the acquisition, pretty much confirming that the deal had taken place.

It was known that SensoMotoric Instruments had developed a range of eye-tracking products, covering hot emerging trends such as augmented reality and in-car technologies, but the only real evidence of its prior work is through an archived version of the company’s website.

Put simply, we don’t have any real information about what Apple has in store, beyond that it’ll be related to computer vision.

While Apple hasn’t revealed its plans for Regaind, it doesn’t take a huge leap of imagination to appreciate how Regaind’s smarts could be used to better organize iPhone users’ photos.

As one of the stalwarts of music-recognition technology, London-based Shazam should require little introduction.

Its big name and heavily funded status was partly why Apple had to specifically confirm it had bought the company earlier this month, rather than issuing its usual template response. True to form, however, Apple didn’t really say what it had in store for Shazam, aside from correlating the service with Apple Music. 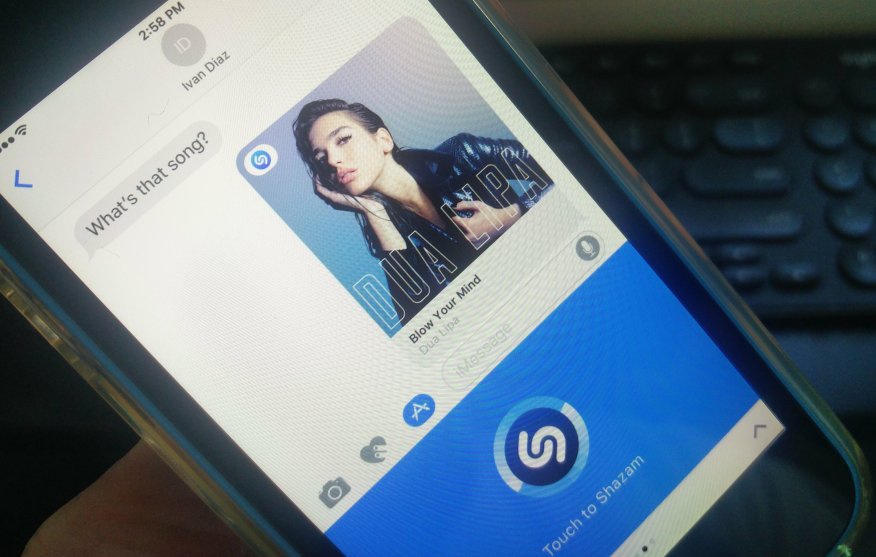 Apple reportedly bought Shazam for just $400 million, way below its anticipated $1.2 billion IPO price from several years before, which suggests Shazam was struggling. But selling to Apple is no bad outcome from a status perspective, even if the investors may not have reclaimed every cent they plowed into Shazam over the past 15 years.

Facebook made just one European acquisition in 2017, compared to three last year.

In August 2017, Facebook confirmed that it had bought Fayteq, a German computer vision startup that develops technology for tracking objects in videos, while allowing creators to add or remove items during post production for effects.

Facebook has been going all-in on video and augmented reality, so it’s not difficult to see how the tech titan could use such technology across its various apps and developer-focused tools.

Google headed east across the Atlantic for two acquisitions in 2017, double the number of the previous year.

Google kicked off the new year by announcing in January that it was buying Limes Audio, a 10-year-old Swedish startup specializing in improving the audio in voice communication systems. Terms of the deal were not announced.

It was really a straightforward transaction. Google wanted to improve Hangouts and the enterprise-focused incarnation Chromebox for Meetings, so it bought and shuttered Limes Audio to do just that.

In August, Google headed to Belarus to snap up AIMatter, the startup behind the Fabby app that uses neural networks to transform images and videos in real time.

Back in January, Google CEO Sundar Pichai noted that while AR, VR, and cloud technologies would be key facets of the company’s growth, Google would be an “AI first” company.

While Fabby is a fun app that’s apparently still being updated, Google is more concerned about beefing up its arsenal of computer vision smarts. With the AIMatter team on board, Google could put their skills to any number of uses across the AI spectrum. Computer vision gives machines “eyes,” a crucial component of many AI applications.

Microsoft made just one European acquisition this year, though it also headed to Israel to snap up Hexadite and Cloudyn.

Microsoft looked to Sweden in January to buy up Donya Labs, the company behind the Simplygon software used by game studios to improve 3D content. 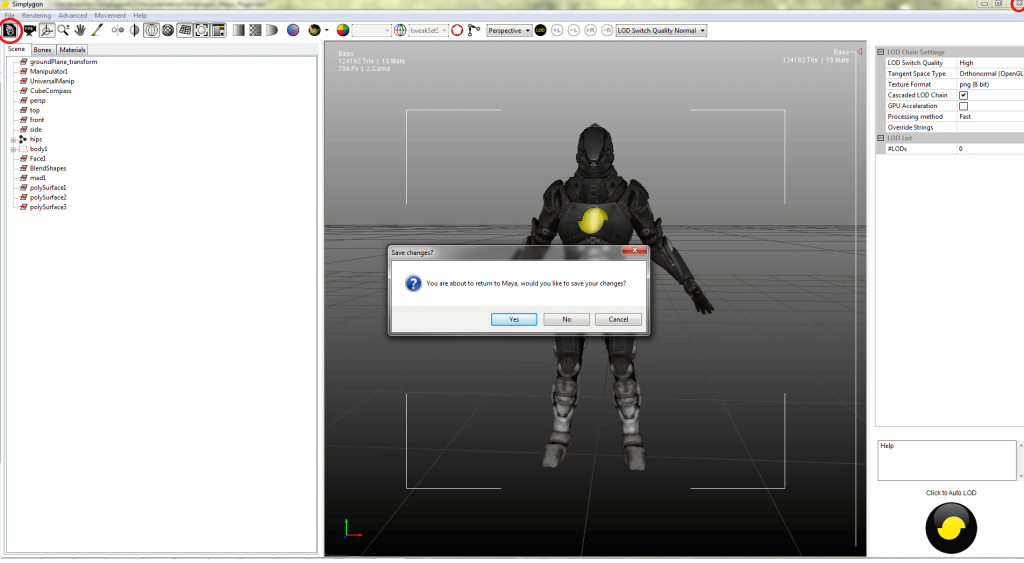 The announcement came shortly after Microsoft launched Paint 3D for users to build and edit 3D digital properties. This feature was made available to everyone as part of the Windows 10 Creators Update. And that, it seems, was why Microsoft wanted the folks behind Simplygon.

“Simplygon’s technology and talent will strengthen our position in 3D creation, making it easier to capture, create, and share in 3D,” said Kudo Tsunoda, corporate vice president for next-gen experiences in Microsoft’s Windows and Devices Group, at the time.

Amazon bought two European startups in 2017, up from just one last year.

In July, Amazon acquired Ireland’s GameSparks, a cloud-based platform designed to help game developers build the backend to their games, including features such as leaderboards, in-game chat features, tournaments, and more.

GameSparks already targeted game developers that use Amazon’s datacenters to host their titles, and the acquisition signaled Amazon’s intention to double down on its efforts in the $100 billion digital games market.

This wasn’t a straight-out startup acquisition, but we’ll include it anyway. Amazon seemingly bought the assets from bankrupt Swedish startup Goo Technologies and used it to launch Sumerian, a browser-based tool for creating 3D, AR, and VR experiences.

AR and VR are big business, while Amazon is also pushing ahead with its aspirations for the gaming realm. But key to this acquisition is Amazon Web Services (AWS). Sumerian could help boost AWS as a key destination for developing applications in the future.

Fresh from its IPO, Snap turned its attention to Europe to “snap” up two startups in 2017.

Snapchat’s parent company headed to France in June to make its most expensive acquisition to date: $213 million for social mapping app Zenly. The deal only came to light when Snap launched Snap Map, which many noticed seemed to be a clone of Zenly. There was, of course, good reason for the resemblance.

Snap Map is basically a way to see where your friends are in the world. You can zoom in or out on the Map to see where they are and what they’re doing, and you can share your own location with friends.

In July, Snap acquired the team behind a Swiss startup called Strong.codes, which creates tools that help protect against reverse-engineering code, making it harder for would-be competitors to copy an app or website.

Facebook has a long track record of copying Snapchat’s features, though it’s not clear whether this was a factor in Snap’s decision to acqui-hire the team behind Strong.codes.

A handful of other European tech companies were bought by big-name U.S. firms in 2017, including Oracle, Fitbit, and Priceline.

As for Oracle’s plans, it said that the duo would “democratize developer tooling for the modern cloud,” which effectively means Wercker’s technology will be integrated into Oracle’s existing developer-focused tools and services.

It seems there simply were (or are) too many smartwatch brands out there and not enough demand. Fitbit already had a strong presence in the wearables realm, and the various assets it acquired from Vector Watch and Pebble may well have helped with its own inaugural smartwatch that launched a few months back.

The deal was basically a route for Priceline to expand its presence in Europe, and Momondo’s various properties now operate under Priceline’s Kayak division.

Though the focus here has been specifically on Europe, the types of companies that were acquired by U.S. tech titans give us a good indication of the hot tech trends of the moment, and perhaps more importantly, what skills are in high demand.

It’s evident that computer vision is a massive trend, as it will have many applications in the future — from photo-categorization to self-driving cars. This obviously fits into the over-arching category that is artificial intelligence, which has been an emerging trend for a few years now.

It’s clear that this will continue to be a major area of focus in the coming years, so you can expect more talent and technology grabs from the AI realm in 2018 and beyond.