Barely a week into 2019, and we’re already spotting some of the big technology trends of the year. True to form, the consumer electronics extravaganza that is CES shone a light on some of the quirkier “advances,” from connected toilets to custom 3D-printed insoles. But for every bonkers conception, we also glimpsed innovations we can expect to see more of throughout the year ahead. On that list: 5G will continue to snowball, AR/VR will gain steam, autonomous vehicle technology will improve, and smart assistants will get smarter.

But while the spotlight was fixed on CES, another major trend continued away from the bright lights of Las Vegas. Over the past couple of years, the futuristic “connected supermarket” concept has started to unfold, arguably kickstarted in late 2016 by Amazon Go, a connected grocery store with no checkouts. Using deep learning, computer vision, sensor fusion, and more, customers can walk into an Amazon Go outlet and automatically “check out” simply by picking items off the shelf.

Taking the fight to Amazon

This week, Microsoft and supermarket giant Kroger announced their very own data-driven connected grocery stores, with two locations now open for business in Ohio and Washington — near their respective headquarters. The pilot project will inform the extent of any future expansions, but this is very much a long-term plan to automate, optimize, and expedite the supermarket shopping experience with connected systems powered by Microsoft’s Azure cloud platform.

A new digital shelving system that was announced last year and is already being rolled out to dozens of Kroger stores replaces paper price tags with digital incarnations that can be remotely changed in real time. The system can also display promotions, dietary information, and more. A typical use case could involve someone creating a shopping list through the Kroger app, which will then guide them around the store while shelf displays switch to a picture to make the item easier to spot.

Kroger will also use the wealth of data this new connected experience generates to target ads and promotions at customers inside the supermarket.

But buried in the announcement was one particularly interesting nugget: Kroger and Microsoft plan to package this “retail-as-a-service” (RaaS) platform for use by other retailers. This means smaller chains, for example, can use this very same technology without having to reinvent the wheel themselves.

Other startups are also preparing to cater to anticipated demand for automation among supermarket chains.

Grabango technology essentially digitizes every item in a store so it can be measured and monitored, and the broader platform leans on sensor hardware, cameras, and computer vision smarts to bring automated checkouts to any supermarket. It also supports stores that use cashiers — the technology merely keeps a running tab of items that go into your basket, meaning it’s more about circumventing the traditional queuing/conveyor belt system.

Bay Area startup Standard Cognition, which raised $40 million in November, this week made its first acquisition when it bought Explorer.ai to develop in-store maps. Like Grabango, Standard Cognition sells its cashierless store technology to existing supermarkets, though it opened its own public-facing concept store in San Francisco in September to showcase (and trial) its technology. The ethos is similar to that of others mentioned here — you walk in and then walk right out with your groceries.

With Explorer.ai on board, Standard Cognition will be better positioned to map larger stores and bring situational awareness to wandering shoppers. 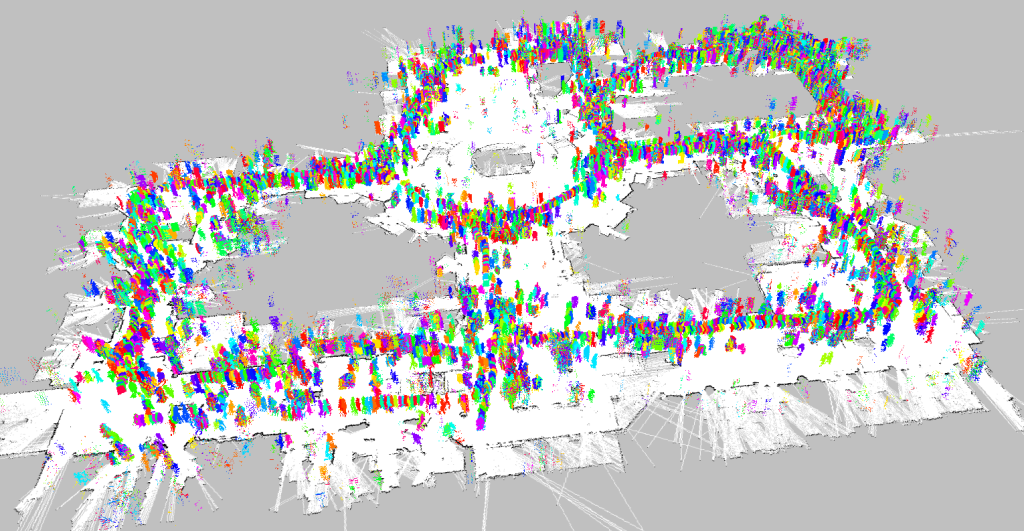 Above: A map of people inside a large store

While many of the aforementioned technologies require fitting stores with infrastructural technology such as sensors and cameras, a fledgling startup called Caper is looking to sidestep this hurdle by offering AI-powered shopping carts.

The New York-based company, founded in 2017, officially unveiled its smart carts yesterday, revealing that they are now live in two stores — Food Cellar and Gala Fresh in New York City.

Rather than retrofitting the stores themselves, Caper plans to equip shopping carts with everything you need to automate a checkout. The carts connect with stores’ point-of-sale systems, making this a simple software integration, rather than a costly hardware installation. 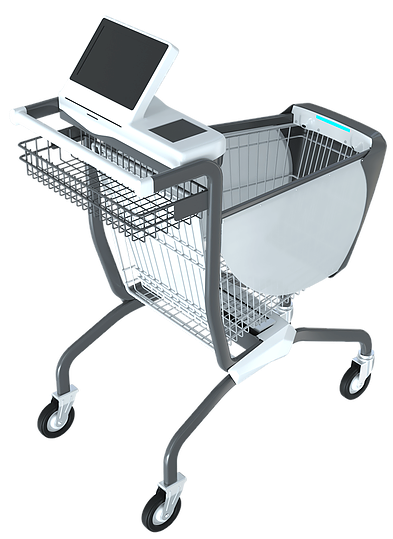 As shoppers pick an item from a shelf, cameras and sensors on the cart “scan” the product and add it to the shopper’s tally. The cart can also weigh loose items, such as vegetables, to calculate a price, and it may even recommend additional ingredients if it thinks you’re making a specific dish. “It looks like you’re making Spaghetti Bolognese, you might want some Parmesan cheese to go with that,” is the general idea here.

The Caper cart will even guide you to the Parmesan cheese.

Though only two stores are equipped with Caper at the time of writing, the company said it plans to roll out to an additional 30 small to mid-sized chains in 2019, covering 150 stores in total.

The concept of automating commercial transactions is not new, of course. The first vending machine can be traced back to at least the first century A.D., when Hero of Alexandria devised a coin-op system that dispensed holy water inside temples. In the 19th century, vending machines came into widespread use, selling everything from postcards to chocolate. The late 20th century, meanwhile, gave way to the much-loathed self-checkout machines in supermarkets, which are estimated to hit the 325,000-unit mark globally this year — an increase of around 70 percent in six years.

The shift from human-human to human-machine interaction in retail has been gradual, but all signs point to a sharp spike in this trend.

Even behind the scenes, automation is playing a bigger part in retailers’ operations. Yesterday, news emerged that Amazon will invest in French startup Balyo’s self-driving forklift technology, which could translate to the ecommerce giant ordering up to $346 million worth of Balyo’s products.

Warehouse automation has played a key role in Amazon’s efforts to cut costs and expedite deliveries for some time — the company internally uses Kiva Systems, a robotics company it bought for $775 million in 2012.

It’s clear that robotics will play an increasing role in supermarkets — both on the floor and behind the scenes. U.K grocery giant Ocado is fully committed to automation and is already trialing picking and packing technology that uses robotic arms to handle delicate items such as fruit, as well as harnessing computer vision to determine the best “grasp” for more awkward items.

Amazon Go first opened for employees in Seattle back in 2016, and the company has been expanding the program across the U.S. — it’s reportedly planning thousands such stores in the coming years. This effort has led others to follow suit — French grocery chain Casino recently opened its first cashier-free location in Paris, for example. In China, Alibaba has invested heavily in automating supermarkets and retail — it recently unveiled a partnership with Starbucks to transform the coffee industry by using big data. In 2017, it also opened a bunch of cashless “Hema” supermarkets.

One of the reasons Amazon shelled out nearly $14 billion for Whole Foods in 2017 was to enhance efforts to bridge the online-offline divide. Amazon is well positioned (and financed) to disrupt offline groceries, but what we’re seeing emerge are myriad third-party companies looking to help incumbents get up to speed quickly — and compete with the mighty Amazon. Microsoft and Kroger are behemoths in their own right, and they have the resources and technical know-how to develop their own smart supermarket systems.

But smaller grocery stores may struggle, which is why Kroger is looking to capitalize on its platform by allowing other retailers to use the system. And as we’ve seen with Grabango, Standard Cognition, Caper, and similar companies around the world, the battle to drag supermarkets into the 21st century is very much on.